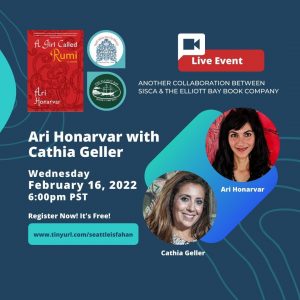 Ari Honarvar’s debut novel, A Girl Called Rumi published late in 2021 by Portland’s Forest Avenue Press, draws on her background and what has become lifework, that of using music, poetry, and stories to build bridges where governments, especially, have put conflicts, strife, and wars as barriers. She does this with a non-profit she founded, Rumi With a View, and in a different way, with this beguiling novel. “Ari Honarvar’s gorgeous debut novel, A Girl Called Rumi, shuttles between Iran and America as it grapples with the trauma of the Iran-Iraq war, the crackdown on female freedoms, and intergenerational conflict as well as the costs of resilience and forgiveness as children and parents are forced to make difficult decisions. This is a pulsating and culturally rich Iran seen through the eyes of its fables, its storytellers, its poetry, and its politics. In delicate and meditative prose, Honarvar takes her unforgettable characters― mystics, siblings, parents, best friends, enemies, fanatics― on a journey through the ‘Seven Valleys of Love’ eventually culminating in how healing happens, or doesn’t, and how to move on. Iran’s poets and poetry guide this heartfelt novel into a story as majestic as the thirty birds who make up the Simorgh, the fantastical being and mythical heartbeat of A Girl Called Rumi. ” ―Soniah Kamal.

Joining San Diego-based Ari Honarvar in conversation tonight will be Cathia Geller, board president of the Seattle – Isfahan Sister City Advocacy (https//:seattleisfahan.org), co-presenters of this evening.

Ari Honarvar is the founder of Rumi With A View, dedicated to building music and poetry bridges across war-torn and conflict-ridden borders. Her writing has appeared in The Guardian, Teen Vogue, Washington Post, and elsewhere. She is the author of the oracle card set and book, Rumi’s Gift. She lives in San Diego, where she has befriended a hummingbird named Taadon.

The goal of the Seattle–Isfahan Sister City Advocacy (SISCA) is to build a community in Seattle to support and incubate nonpolitical, people-to-people collaborations with Isfahan, Iran. We seek to reverse decades of hostility between the United States and Iran. We work to emphasize our common humanity and shared aspirations and to support finding practical roads away from confrontation and war. 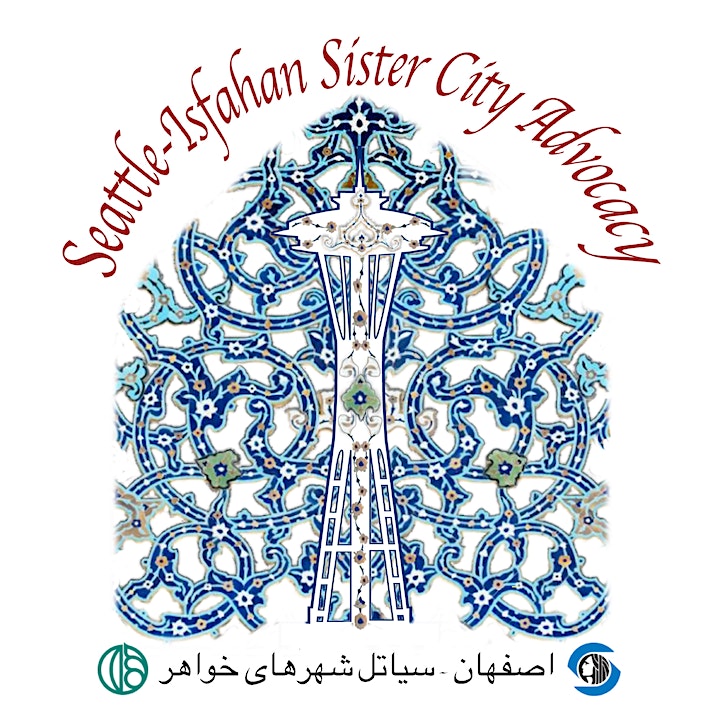